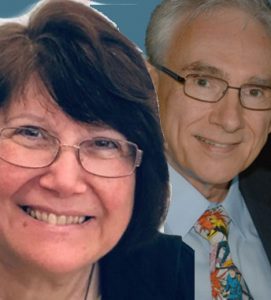 In November 2021 Mary was elected to a six-year term as vice minister general of the worldwide Secular Franciscan Order, headquartered in Rome, Italy. Mary is an educator and multi-lingual interpreter, having taught at high schools and colleges. She is Highlander Communications lead trainer for medical interpreters in the U.S., Canada and several African countries.

A graduate of the College of St. Rose in Albany, NY, Mary studied some theology in college and as part of the Franciscan formation program. She has taught religion in local parishes.

A graduate of Siena College in Loudonville, NY, Robert also is an honor graduate of U.S. Army Military Police School. He studied some theology in the seminary and in college and as part of the Franciscan formation program.

Mary and Robert have been active in the community – from serving with the Girl Scouts and Boys Scouts to working with charitable causes that help meet community need. Both graduates of Leadership Mohawk Valley, they serve on the  Oneida County History Center Board of Directors, Utica Salvation Army Advisory Board, and Mother Marianne’s West Side Kitchen Advisory Board. Mary is a past Youth Exchange chair for Rotary District 7150, and Robert is active with the Rotary Club of Utica.